I finally got a chance to visit Shanghai's tallest building/hotel.  With all the hype surrounding the new Park Hyatt I guess I went in with some expectation.  It was a mistake as I left very disappointed. 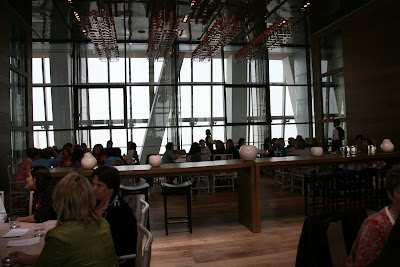 We occupied the top private dining room and the view was not bad that day.  It'd probably be more impressive at night. 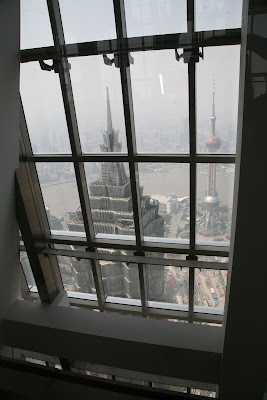 The luncheon had two appetizers to choose from and these were my friend C's choices:  Caesar salad and Australian sirloin with cream spinach and fries.  She was not impressed with them at all.  The salad looked worse than what mine would look like if I spared 2 seconds to throw it all together. 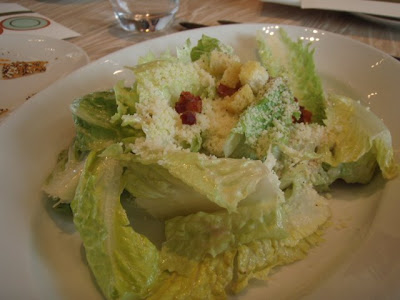 The steak was also very mediocre according to her, although it didn't look too bad. 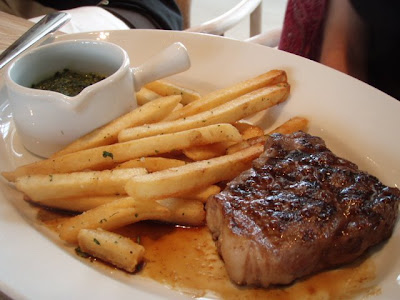 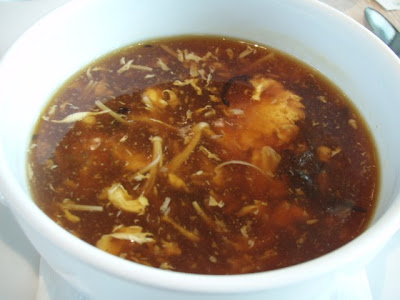 The salmon was pretty tasteless and the texture was in such a pappy way that it was obviously frozen previously.  carrots were overcooked but at least the mash was creamy.  Still it was sub-par. 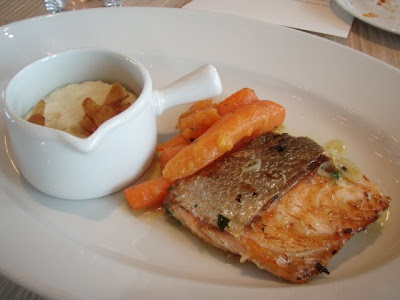 And there was no dessert!  We left hungry.  All in all we thought teh food quality does not match up to the type of establishment they are trying to be.  If they are charging these prices perhaps they should deliver a bit more.  It's easy to slack because customers would probably keep flooding in anyway because of its location.  Not us in a million years though.
Park Hyatt Shanghai
91/F, 100 Centuary Ave., Pudong, Shanghai.  Tel: 6888-1234
Posted by Shanghai Bunny at 4/03/2009