There's a new menu at Element Fresh!  On top of the our regular favourite sandwiches and salads there are now a number of rather ambitious items.  We were actually excited to try them out.
Beef pho (RMB54).  It came in a pretty big bowl steaming hot and it looked promising.  We were wrong.  The broth had no taste at all and the beef was really fatty despite being thinly sliced.  By the time my husband removed all that fat there was not much left.  There was also pieces of what looked like tendon swimming in the tasteless broth.  I understand that in a pho broth beef tendon is often presented along with tripe.  The thing is the tendon in question here was not even properly prepared: we could see veins!!! It was rather gross. 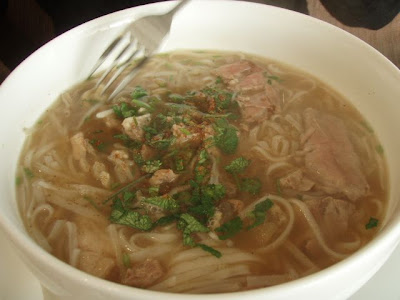 Toppings which came with the pho.  Instead of sprouts we had cabbage instead?  Very odd. 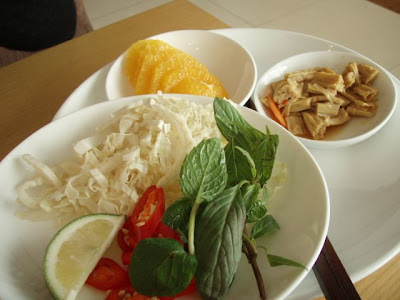 Steamed mussels with chorizo (RMB68), another new addition to the menu.  The description of the dish sounded so nice:  mussels sauteed with diced chorizo, white wine, shallots, red chillies, and fresh herbs.  Garnished with lemon-aioli.  My heart sank when it arrived.  The wine sauce seemed so thin and there were not a lot of chopped shallots or chillies or herbs.  One taste confirmed my suspicion: it was as bland as drinking water.  Actually more like fishy water.  Yuck.  When the dish is cooked properly with fresh mussels it's very simple and beautiful.  I guess it's difficult to get fresh mussels here?  They can at least clean them properly nonetheless.  The mussels all had beards on them and there's no excuse for that. 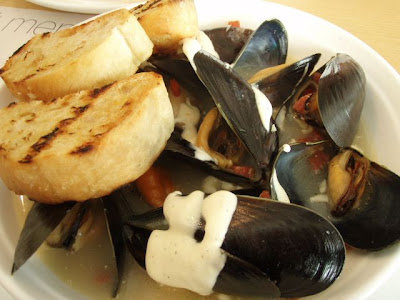 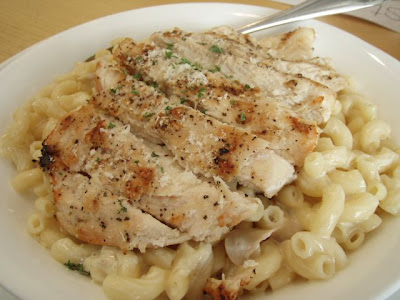