Shanghai to Guangzhou - I wasn't going to put anymore airline food on the site because they are all going to be beef with rice or chicken with noodles. I am making an exception because I was quite impressed with this particular beef and noodles.

The sushi inspired starter was pretty nice. I think the scallop was fake though, probably made with pollock like imitation crab sticks. 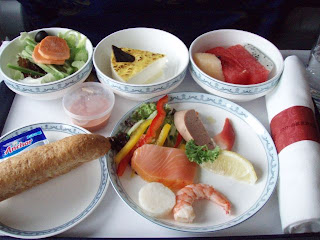 The beef with noodles that surprised the heck out of me. A decent cut minute steak was topped with a tasty black pepper sauce. Even though the spaghetti was over-cooked (of course) I wasn't complaining. I wished there was more because I was still hungry after. 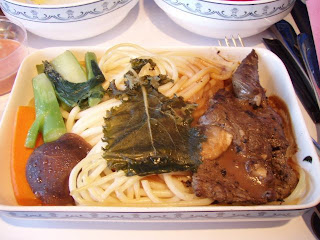 Unfortunately there seemed to be just 1 portion of beef with noodles available and my husband had to go with beef with rice, and he didn't think much of it. 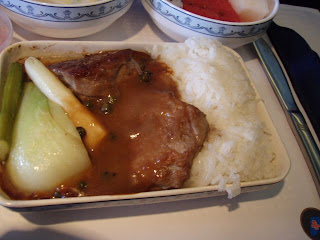 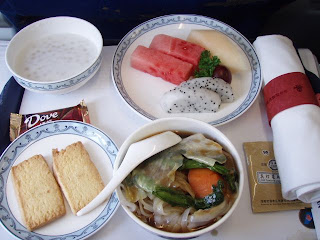 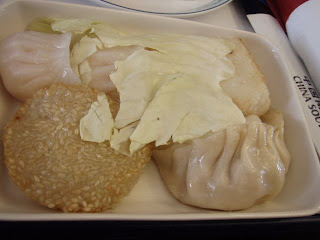 My conclusion: always bring your own food if you fly China Southern.
Posted by Shanghai Bunny at 8/12/2007