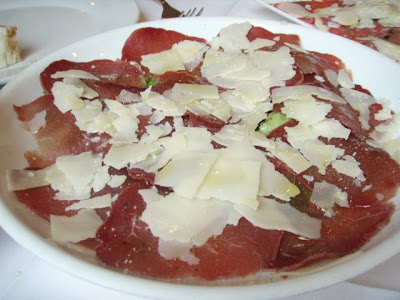 Beef carpaccio (~RMB50). Nice and tasty, the arugula underneath was refreshing also. Where does one buy arugula in China? I did prefer the bresola though if I had to pick between the two. 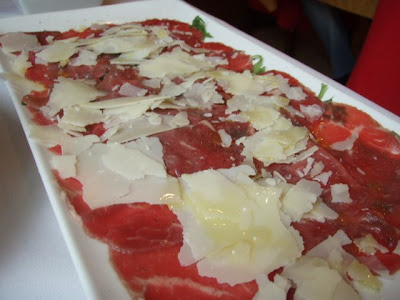 My husband's grilled pork fillets (~RMB120). He said they were a little tough - the bacon wrapped on the outside did nothing to preserve the moisture. I have to say we never had much luck with main courses in Da Marco - better stick with pizza or pasta dishes. 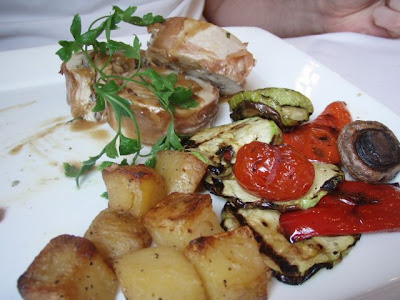 My spaghetti and clams with white wine sauce (~RMB70). The sauce was very nice and there were plenty of clams, although almost half of them were unopened. 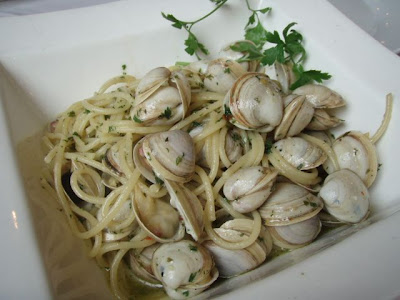