It was not easy to find a place to eat in Suzhou. Despite the hundreds of places around town they were all packed with hungry tourists like ourselves. Deyuelao was full but we were lucky to get a table right away. Ordering was easy as the signature dishes (and with pictures) are all on the front of the menu.

Sadly the number of people in the restaurant was not to be taken as an indication of how good the food was. Our sauteed prawns looked like cat food. The prawns were so pathetically small even though they didn't taste too badly (although overcooked) they weren't very appetizing. 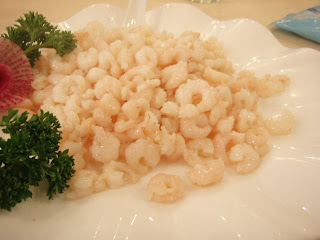 The sauteed lily bulbs and celery tasted OK despite the unpolished appearance. 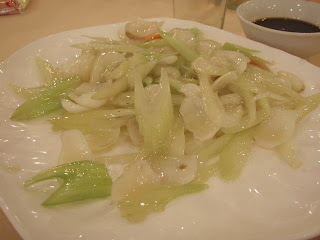 The stir-fried morning glory arrived in a broth strangely. It didn't taste bad though and it was probably the tastiest dish in the lot. 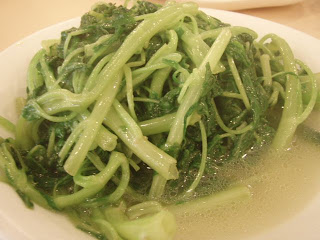 The Sichuan beef in chili oil had no oil at all but it was numbingly spicy. Oddly it came with bean sprouts and not the regular clear noodles. 5 out of 10. 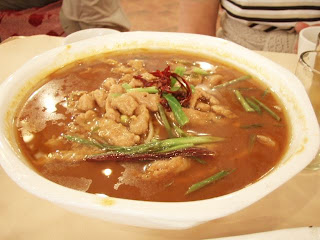 The mandarin fish was one of the signature dishes and we wondered why. The fish looked impressive at first sight but the meat was really muddy and tasted tired. I'd also like to point out that the bits on the fish were not pinenuts but the cat-food prawns again! Scary. 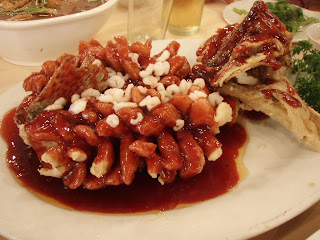 The steamed pork dumplings were very different than the ones we are used to in Ding Tai Fung. The heavy-dough consistency of the pastry was like a wad of bandages to chew through - would be beneficial if we were a bunch of coolies. 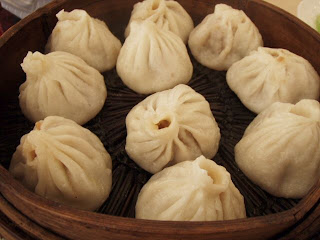 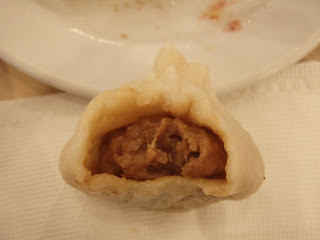 The fried rice looked and tasted dreadful. The bamboo piths was an odd thing to have in a fried rice to begin with, and the rice was just too wet and lumpy (not to mention tasteless). Good thing we were pretty hungry and weren't too picky. 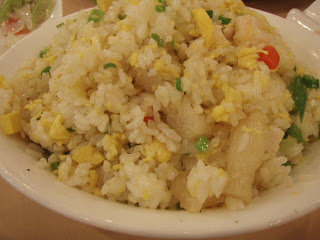