Our lovely villa at Banyan Tree Sanya. Even though it rained for a few days it was actually welcoming as the temperature was so high. 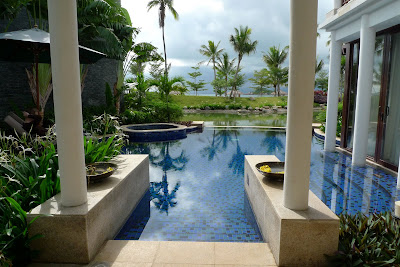 View from our bed. Our little munchkin got her own bedroom upstairs so we were able to kick back and relax while she was sleeping. She's a handful these days! 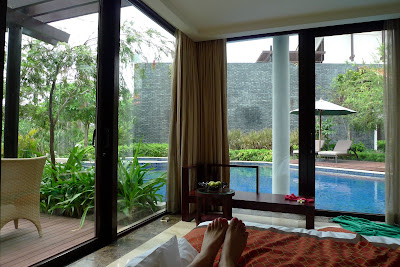 We had a number of meals at the resort. Food was generally ok and a little to the plain side. I guess they want to stay safe and cater to the majority.
The club sandwich was actually not bad but it's pretty difficult to mess it up. 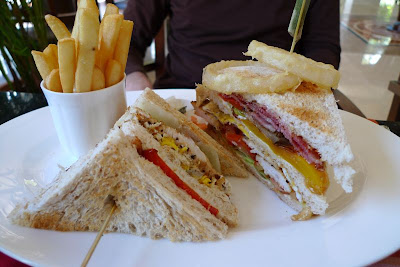 Hainan chicken rice. I have to say I prefer the Singapore version, which has oilier and more fragrant rice. The chicken was tender and fresh though. 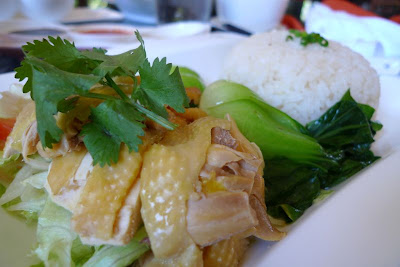 There is a Thai restaurant at the resort and we tried a few dishes one night. Nothing jumped out as being extremely good or bad once again.
Prawn cakes. 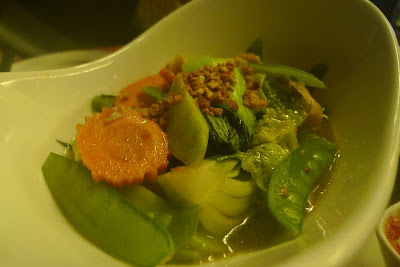 Thai glass noodle salad with seafood. It was probably the best dish as it actually had punch! 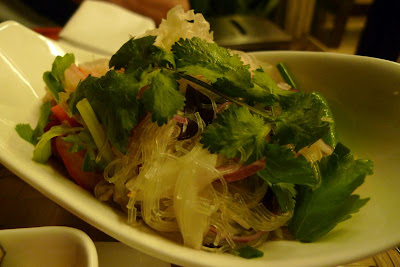 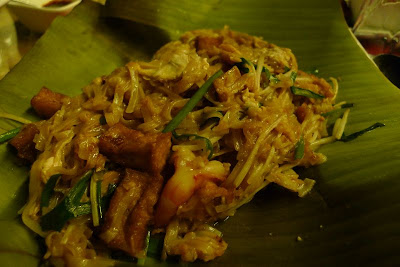 Stir-fried crab meat in curry sauce. It was very average once again. 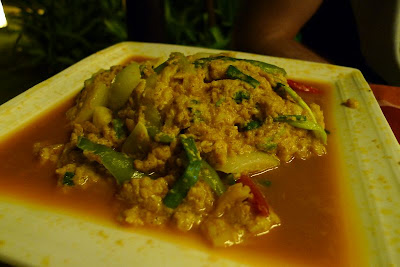 One night we had the in-villa BBQ. There were a couple of themes to choose from, and we opted for meat instead of seafood on this occasion. Loved the romantic set up. 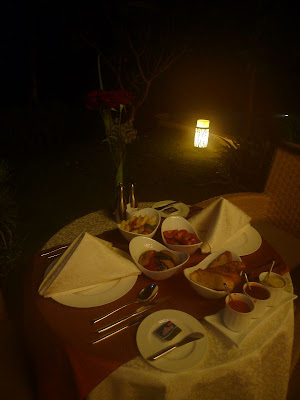 It was a bit cheeky that they used electric BBQs! In Banyan Tree Phuket you get charcoal and the BBQ boy takes care of everything in the far side of the garden. I guess there just isn't enough space to have the same setup in Hainan. Besides, they charge extra if you want a BBQ boy there. We decided to do it ourselves anyway for privacy reason and we were very happy with the quality (and quantity!) of the meal. Everything was superbly seasoned and marinated. Meat and seafood was of good quality too. There was more than enough for 4 and it was definitely the best meal we had at the resort. 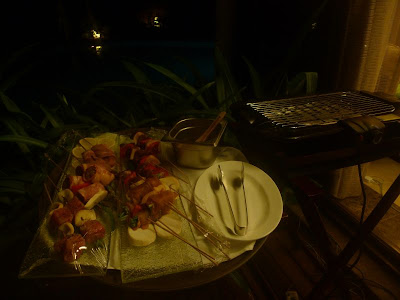 Desserts with the BBQ was a little anti-climatic. Mind you we didn't have much room left at the point. 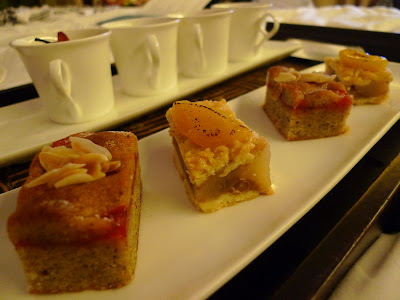 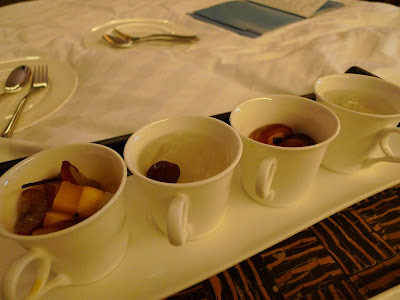 Another lunch at the cafe. The very plain hot and sour soup (what a disgrace)! 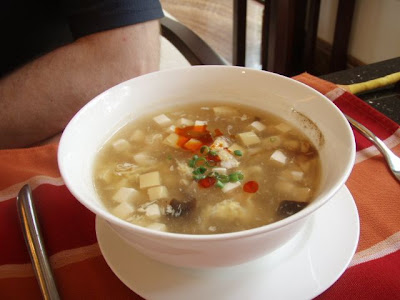 My nasi goreng was actually sweet. It was not nice at all. 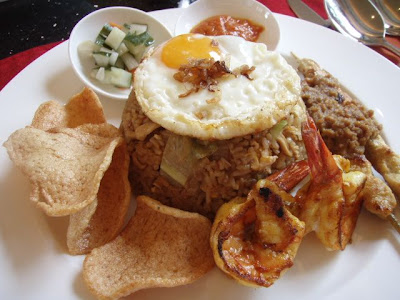 All in all it was not impressive but at least prices were not too bad (the resort is quite isolated and could easily rip its guests off more). Hainan has such a bad rep on F&B so I guess it could be worse.
Banyan Tree Hainan
Posted by Shanghai Bunny at 10/22/2009