Orange-striped Emperor. Can get up to 50cm long. The mottled pattern is a camouflage when sheltering in sea grass or corals. 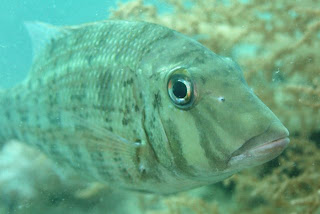 Crocodile Flathead - black phase. They again typically camouflage their body to match the bottom color but it's not uncommon to see them in black. 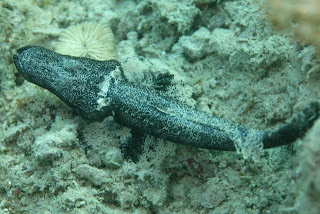 Titan Triggerfish. They can get as big as 75cm! I have seen some around half a meter long, Always chomping on rocks or corals. I know triggerfish has a reputation of being really aggressive but so far the ones we have encountered were more scared of us. 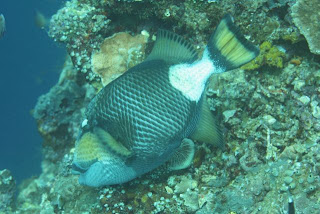 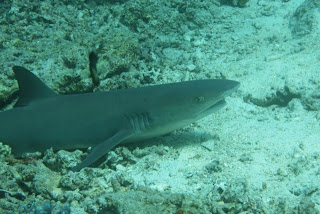 Many-spotted Sweelips. Sweetlips are also called Grunts as they make a grunting sound when they smack their flat teeth plates together. The sound is quite loud as it is amplified by the adjacent air bladders. I once swam past one and heard a knocking sound behind and when I looked there was this big sweelips looking at me. Spooky! 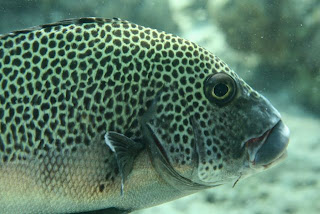 Sharksucker. Swim with or attached to sharks, turtles, and other large fish. 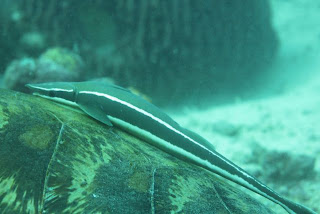 We think this is a type of Shrimpgoby. Gobies are so small and shy they snap in and out of their sand burrows whenever they are spotted. 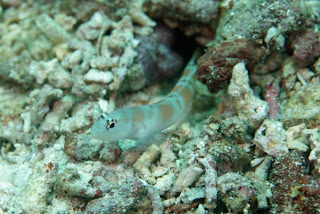 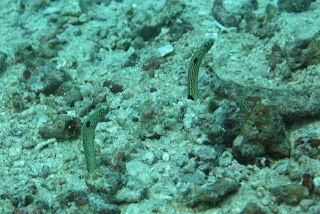 Green Turtle. My favourite creature in the sea. 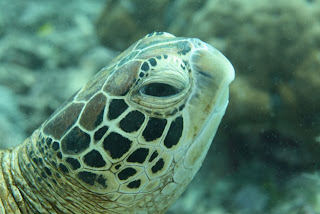 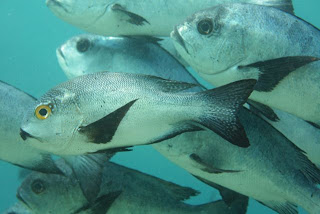 Yellow-mask Angelfish. They get pretty big in the wild - up to 40cm! 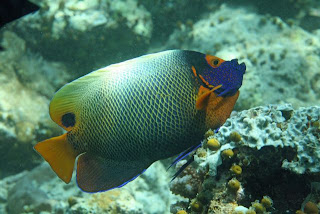 A type of nudibranch. Cool colours! 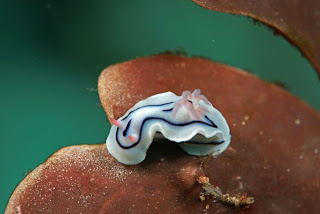 Trumpetfish - golden variation. Often seen drifting upside down as a camouflage among branches of gorgonian coral. I love the almost transparent-looking mouth. 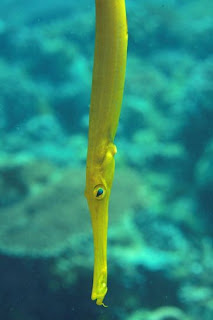 Humphead Wrasse, also known as Napoleon Wrasse. The bump on forehead grows with age. In some area it's an endangered species due to overfishing. Poor thing. 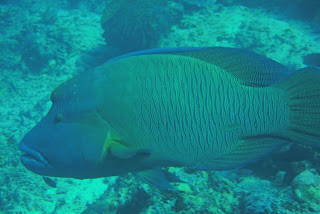 Another Green Turtle. You can tell I like them hehe. 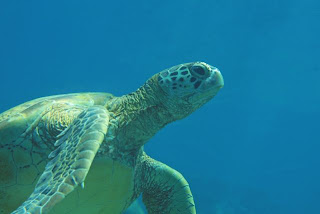 Most probably a Tasseled Scorpionfish? Looks so dangerous. 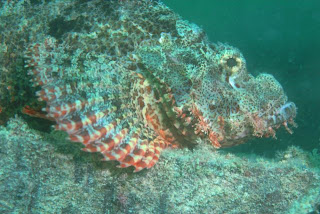 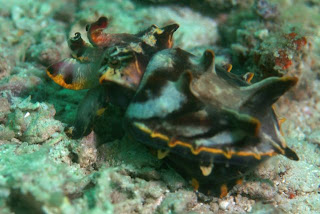 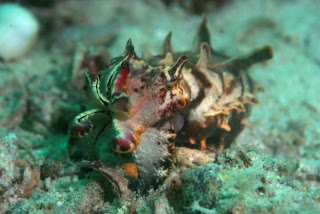 Clownfish. Always darting in and out. 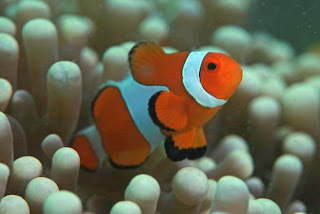 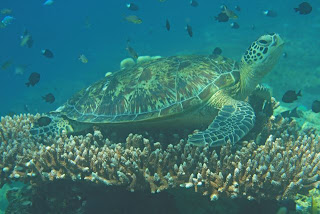 Humphead Parrotfish. HUGE!! Over 1 meter long they travel in big groups early in the morning or late afternoon to feed. I think they can all use a dentist. 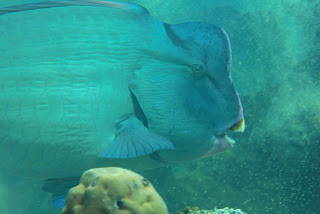 And finally a Giant Trevally - up to 165cm big! They are sneaky -always on the look out for food. 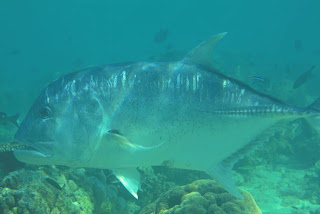