I think Heng Shang Cafe will become our new regular place: it's so close to us and the few things we tried there were pretty good. Nothing was out-standing (yet) but we liked the spotless-clean place and the swift service.

Marinated eggs in Chiu Chow soy sauce(RMB15). I was surprised to see so many of them! While the taste of the marinate was not bad the eggs were probably just dipped in it for 2 seconds and therefore not very flavourful at all. 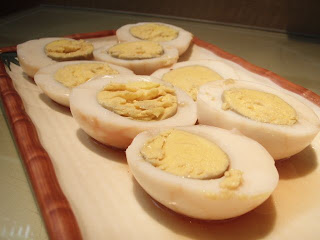 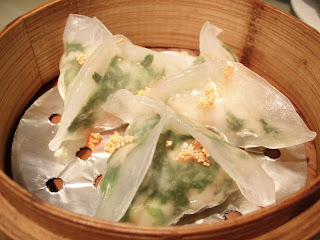 The Siu mai (~RMB15) were average. I think they might have been previously frozen. 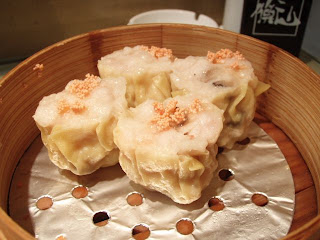 Beef balls (RMB10) were much better than teh siu mai. 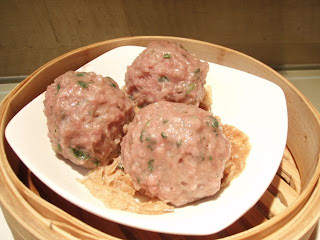 The seafood congee (RMB18) was OK. The congee base was nice and smooth but there were not a lot of fish or seafood in it. 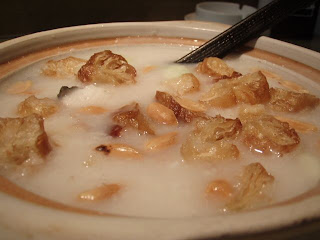 Stir-fried lily bulbs, lotus roots and celery served in 'nest' (RMB33). My husband ate all of the content so they must have been good. He said the 'nest', normally made out of flour and fried, was not as good as some of the ones he tried before. It was pretty plain and tasteless. 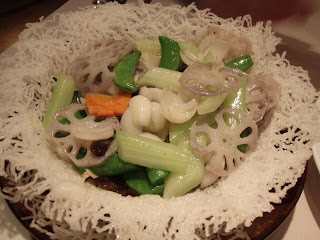 Singapore noodles (RMB28). Again he almost ate all of it and he wanted second helping so it must have been really good. Probably the star of the meal! 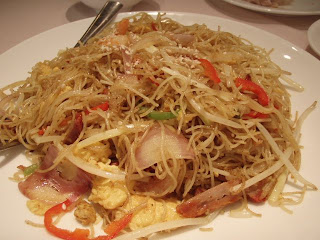